HOUSTON, Oct. 4, 2021 /PRNewswire/ — Surge Energy US Holdings Company (“Surge Energy” or the “Company”) announces the completion of an amendment to the existing amended and restated revolving credit facility that, among other things, increases the elected commitments to $860 million and extends the maturity of the facility from April 2023 to October 2025. 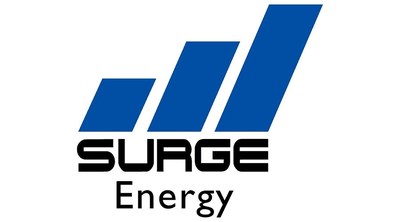 “Surge greatly values the continued and new support of the fifteen banks in our lending group,” stated Chief Executive Officer Linhua Guan. “We believe the confidence shown by these banks demonstrates their belief in Surge’s quality assets, innovative employees, and financial discipline.”

Surge Energy US Holdings Company is an independent oil and natural gas company focused on the development, exploitation, production and acquisition of oil and natural gas reserves in the Midland Basin of West Texas, one of three primary sub-basins of the Permian Basin. The Company is headquartered in Houston, Texas, and currently holds approximately 113,000 net acres in the Permian Basin. Based on a December 2020 Railroad Commission of Texas report, Surge was one of only two internationally sponsored companies in the top 20 oil producers in the state of Texas. Surge was the only oil and gas production company recognized by the Houston Business Journal’s Best Places to Work Lists in both 2020 and 2021. For more information, visit our website at www.SurgeEnergyA.com.