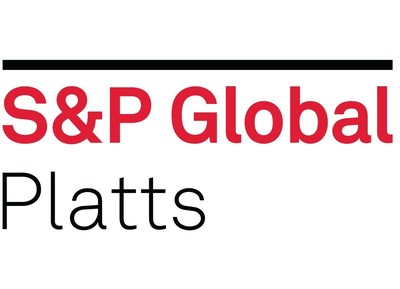 Alan Hayes, Head of Energy Transition Pricing at S&P Global Platts, said: “Huge amounts of capital are being invested in hydrogen production in the Middle East and the projects under development will put the region at the center of the emerging hydrogen economy. The Middle East has the potential to become a global supply hub for hydrogen in much the same way as it is now for crude oil. This latest expansion of Platts hydrogen price coverage to include the Middle East will allow market participants to track the cost of production in this key region and importantly compare the costs of producing with other hydrogen production hubs around the world.”

S&P Global Platts Analytics estimates the total investment value of announced hydrogen projects in the Middle East amounts to $44 billion. Of this total, $35 billion is being invested in projects that are expected to be operational by 2030. Investments in new production are being driven by hydrogen’s potential to deliver significant reductions in carbon emissions across the whole economy.

The first hydrogen cost of production prices for Saudi Arabia and UAE highlight the importance of regional differences in feedstock prices in determining the relative competitiveness of hydrogen production around the world. The latest assessments suggest a clear cost advantage for methane steam reforming in the UAE and Saudi Arabia in the current market. The first UAE assessment for steam methane reforming with carbon capture and sequestration is $5.60/kg which is in line with the same production pathway in Saudi Arabia which stands at $5.50/kg. This compares to $5.95/kg in Western Australia and Eur5.70/kg ($6.43/kg) in the Netherlands.

Comparisons across the electrolyzer pathways show a more varied picture but indicate a clear cost advantage for Australia in the current market, compared to both the UAE, Saudi Arabia and the US Gulf Coast.

The spreads in the cost of hydrogen production between regions will play a significant role in differentiating hydrogen prices around the world. These differences in price will have a major impact on the development of trade routes between the higher cost producers and emerging demand centers. These latest cost of production assessments indicate that different production routes may favor different regions when it comes to establishing global hydrogen trade routes.

Hydrogen can deliver lower carbon emissions across a range of sectors including road transportation, as a feedstock in industries such as steel making and even in power generation, directly or when converted to ammonia. It is this flexibility and advances in technology that are driving the investment surge in global hydrogen production.

About S&P Global Platts
At S&P Global Platts, we provide the insights; you make better informed trading and business decisions with confidence. We’re the leading independent provider of information and benchmark prices for the commodities and energy markets. Customers in over 150 countries look to our expertise in news, pricing and analytics to deliver greater transparency and efficiency to markets. S&P Global Platts coverage includes oil, gas, LNG, power, petrochemicals, metals, agriculture and shipping.

S&P Global Platts is a division of S&P Global (NYSE: SPGI), which provides essential intelligence for individuals, companies and governments to make decisions with confidence. For more information, visit www.platts.com.