DORAL, Fla., Nov. 5, 2021 /PRNewswire/ — Solis Health Plans announced today a new three-year partnership with the Florida Panthers. The 4-star, NCQA Accredited Florida Medicare Advantage company enters a partnership with the Panthers and FLA Live Arena which will include traditional assets, an in-ice logo, and community-focused assets as well as a content series for FloridaPanthers.com and #FlaPanthers social media channels to raise awareness about the importance of mental health.

The Panthers and Solis Health Plans will host a “Senior Health Night” at the FLA Live Arena on November 6, 2021. Fans and community members can join the event for giveaways, resources on recognizing mental health, and more.

“We are excited to be involved with the Florida Panthers organization and to align our goals by providing mental health awareness, resources, and support for fans in the region,” said Solis CEO Daniel Hernandez. “As a lifelong hockey fan and a Florida Panthers fan since the team’s inception in 1993, this partnership is an important opportunity to put a spotlight on seniors’ physical and mental health.”

“We are thrilled to partner with local Doral-based Solis Health Plans as we share a commitment to our community,” said Panthers Chief Commercial Officer Shawn Thornton. “Throughout the partnership, Solis will provide fans with resources on senior care, acclaimed program options and more.”

Solis Health Plans is a community-focused Florida Medicare Advantage health plan delivering an outstanding member experience and exceptional service to its members, providers, and brokers. Solis offers competitive plans with expanded benefits in multiple counties. The company is locally based and self-identifies as the Un-Corporate Plan: personal as opposed to bureaucratic, innovative instead of risk averse, and accountable rather than ambiguous. Solis Health Plans is committed to exceeding expectations and to being the plan of choice for the communities served, with the goal of achieving better healthcare outcomes.

About The Florida Panthers

The Florida Panthers entered the National Hockey League in 1993, becoming one of the most successful first-year expansion teams in history. By just their third season, the Panthers reached the 1996 Stanley Cup Final in memorable fashion during their ‘Year of the Rat’ run as fans in South Florida littered the ice with rubber rats in celebration of goals and wins. In 1998, the Panthers moved to their current home in Sunrise, Fla., FLA Live Arena, where the club has won two division titles (2011-12 & 2015-16), hosted the NHL Draft twice (2001 & 2015) and the NHL All-Star Game in 2003. Led by owner Vincent J. Viola since Sept. 27, 2013, the organization has placed an emphasis on building a winning culture in South Florida and becoming stewards of its community. Under General Manager Bill Zito the Panthers have grown into a fast, dynamic and exciting team boasting 2020-21 Frank J. Selke Trophy Recipient Aleksander Barkov, elite young playmakers Jonathan Huberdeau and Carter Verhaeghe, stalwart defensemen Aaron Ekblad and MacKenzie Weegar, two-time Vezina Trophy recipient Sergei Bobrovsky, and young group of top draft picks on the rise featuring forwards Owen Tippett, Grigori Denisenko and Anton Lundell, and goaltender Spencer Knight. 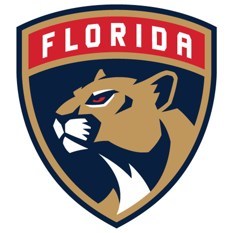