BARCELONA, Spain, Nov. 23, 2021 /PRNewswire/ — The Mayor of Kazan, Ilsur Metshin has been appointed as governing President of United Cities and Local Governments (UCLG) and will represent the interests of over 250,000 municipalities, regions and metropolitan cities and their associations across the world. UCLG’s members represent over 2/3 of the global population, being present in 140 of the 191 UN member states. 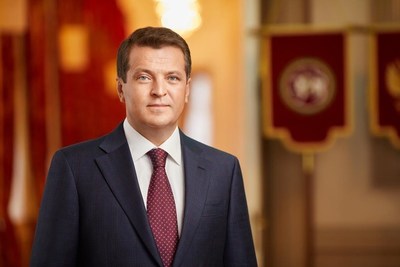 Metshin’s appointment was ratified at the UCLG Executive Bureau in Barcelona, whilst more than 400 mayors, vice-mayors and heads of regions from Europe, Asia, South and North America, and Africa took part in the UCLG World Council.

The appointment of the new UCLG President took place due to the early resignation of Dr. Mohamed Boudra, who had completed his term as Mayor of Al Hoceima (Morocco). In accordance with the UCLG Charter, only elected local and regional government officials can lead the organization.

Ilsur Metshin, commenting in his acceptance speech said, “The city is the root of all transformations, and our task is to help municipalities implement sustainable solutions for the challenges that we are currently confronted with. The UCLG is not an organization for mayors, but for all city residents, at whose well-being we direct all our efforts.”

In his speech, Metshin proposed to modernize the existing system of interaction between cities and regions within the UCLG, as well as to support small cities that face difficult financial circumstances because of the ongoing COVID pandemic.

In collaboration with the UN-Habitat, the General Assembly of Partners and the UCLG, Ilsur Metshin proposed to establish an Award entitled ‘Sustainable Development Goals Implementation Champions.’

“The recognition of the equivalence of each region, each city, and each regional office of our organization should be implemented in practice, and not just declared at high-level meetings,” commented the newly appointed President of the UCLG.

This is the first time that a representative member from Russia has been appointed to lead the United Cities and Local Governments. Historically, former Presidents have been elected from the European, Middle East and West Asian regions of the global organization.