REHOVOT, Israel, Nov. 16, 2021 /PRNewswire/ — Marking a major milestone for the food industry, New-Meat™ pioneer Redefine Meat™ today announced the launch of the first ever category of plant-based whole cuts that achieve a level of product quality comparable to high-quality animal meat. Initially available within select restaurants in the UK, Germany, the Netherlands and Israel, this marks the first time that high-end restaurants will offer plant-based whole cuts as part of their menus. The range of New-Meat products include beef and lamb cuts, as well as premium-quality burgers, sausages, lamb kebabs, and ground beef – giving chefs unparalleled culinary versatility to incorporate plant-based meat into their menus. 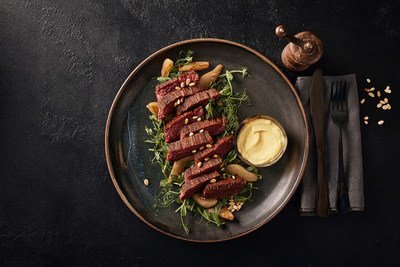 With its eyes firmly set on meat lovers, Redefine Meat has gone beyond today’s alternative meat offerings to tackle the two main barriers to mainstream adoption of plant-based meat: product quality and variety.

Eshchar Ben-Shitrit, CEO and Co-Founder of Redefine Meat said: “Over the past few weeks at COP26, we’ve seen world leaders commit to landmark goals such as the elimination of all deforestation by 2030, which requires a significant reduction in global meat consumption. Redefine Meat has its eyes set on the real problem – not meat, but the way it’s produced. We have a genuine solution that today, not in 2030, preserves all the culinary aspects of meat we know and love, but eliminates cattle as a means of production.

“We’ve achieved a level of superiority in taste and texture that surprised even some of the most recognized chefs in the world, and our unique technological capabilities enable us to replace every part of the cow for the first time. By continuing our close collaboration with the top-tier culinary world, we will accelerate our product rollout in the coming months – beginning with Europe and followed by the USA and Asia – and launch within multiple distribution channels next year,” he added.

What the chefs think…

Culinary legend, British chef and restaurateur, Marco Pierre White, the youngest chef to be awarded three Michelin stars, said: “When I first tasted Redefine Meat, I was mind-blown. The world needs to eat less meat, but the reality is that until now plant-based meat products have fallen way short in terms of the quality and versatility required for our menus. Redefine Meat’s New-Meat products are pure genius, giving you all the sustainability and health benefits of plant-based, without the compromise on taste and texture.” (see video for additional comments).

Michelin starred Dutch chef and TV personality, Ron Blaauw, added: “Honestly, I was so surprised by the texture and structure of the meat. The first time I tried it, I remember closing my eyes and appreciating the chewiness and mouthfeel like I would a great cut of meat. For me this is a gamechanger, as we can now serve another variety of high-quality meat to our customers that just happens to be made from plant-based ingredients. Even now my head is still spinning with the possibilities this meat creates for our menu.” (see video for additional comments).

Joachim Gerner, Head Chef at two-Michelin star Restaurant FACIL in Berlin, also added: “While we’ve seen the quality of plant-based meat products increase in recent years, this by far comes the closest to animal meat. I see huge potential for these products with meat lovers.” (see video for additional comments).

Renowned Israeli chef, Shahaf Shabtay, concluded: “My cuisine is truly global, inspired by my favourite influences from kitchens across Asia, Europe and Latin America. Redefine Meat has created an ingredient that allows me to unleash full creativity and create dream menus whatever the cuisine. As a chef, the ability to cook for every type of diner – vegetarian, vegan, kosher and more – without barriers or compromise, using a variety of techniques including roasting, grilling, and slow cooking, is quite simply incredible.” (see video for additional comments).

Using a range of proprietary and patented technologies, including Meat Matrix Additive ManufacturingTM , Redefine Meat’s products are made from plant-based ingredients. Working closely with global meat experts to understand the complexity of animal muscle structure, Redefine Meat has cracked the holy grail of the alternative meat industry – whole cuts of meat. The new Redefine Beef and Lamb cuts go beyond the experience of any plant-based product to date – offering an extremely juicy, yet firm meaty bite by mimicking the complete muscle tissues of animal meat, ideal for products like steaks and roasts.

The New-Meat range boasts a selection of high-quality products already adopted by close to 150 restaurants in Israel. The range is designed to address a major gap in the market that achieves cooking performance for chefs to use as a culinary base for a wide variety of dishes in the best restaurants in the world. This is exemplified by the list of early adopters in Europe and Israel, with demand from US and Asia already in place.

*New Meat™ is plant-based and does not contain any ingredients of animal origin.

**List of fine-dining restaurants who will be serving Redefine Meat’s New-Meat™, with many more nationwide to be announced over the coming months:

Founded in 2018, Redefine Meat™ is on a mission to offer New-Meat™ with the same flavour, texture, and versatility as animal meat, by harnessing technology instead of animals. Aiming to become the world’s largest meat company, Redefine Meat creates a wide range of premium meat products using plant-based ingredients – offering the world a new type of delicious meat, that’s good for the environment, and kind to animals.

Using a range of proprietary and patented technologies and working closely with global chefs and meat experts, Redefine Meat has developed a category-defining New-Meat product portfolio that spans minced meat products and whole cuts that offer the same flavor, taste and texture as animal meat. These products are now commercially available within food services in the UK, Germany, Netherlands, and Israel.

Redefine Meat is headquartered in Rehovot, Israel, and has over 100 employees. 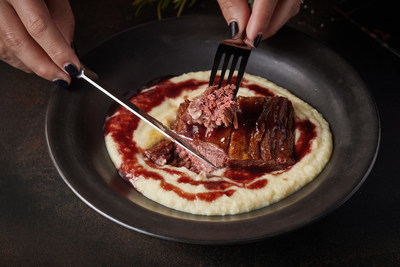 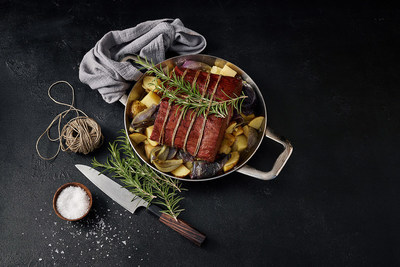