MADISON, Wis., Sept. 30, 2021 /PRNewswire/ — Today, One City Schools, Inc. announced that it will name its two school locations in Dane County after prominent business leaders who have provided significant support to its schools since the organization was founded in 2014. The facility and land One City purchased for $14 million in July 2021 with the support of Madison philanthropist and businesswoman Pleasant Rowland will be named the Pleasant T. Rowland Leadership Campus. Ms. Rowland said she is honored to have the campus named after her. Located at 1707 W. Broadway in Monona, Wisconsin, the campus covers 13.5 acres and is directly adjacent to South Madison, the WPS Health Solutions campus and the Beltline Highway. 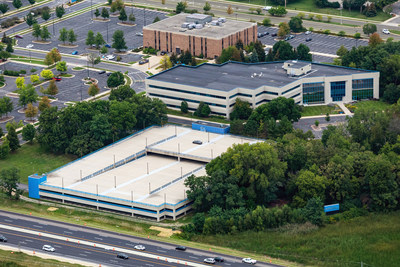 The Leadership Campus includes One City’s new 157,000 square foot school facility that will carry Ms. Rowland’s name. It will serve as the home of One City Elementary School (grades K – 5) and One City Preparatory Academy (grades 6 – 12). The campus will eventually include outdoor play and recreational spaces, woodlands, and a new 165,000 square foot athletic center that will be open to community use beyond school hours. The athletic center will offer an indoor FIFA-regulated soccer, football field, basketball courts, a dance studio, a cardio and weight training center, and other multi-use space.

Additionally, One City Preschool, which opened in 2015 in one classroom at Fountain of Life Covenant Church on Madison’s South Side before relocating in June 2016 to the former South Madison Day Care facility following a $1.2 million renovation, will be renamed the Krupp-Grove Family Unity Campus, after longtime Madisonians and supporters Joseph Krupp, Diane Grove and their family. Mr. Krupp and Ms. Grove were among the first community members to make a major financial investment in One City and its preschool. They have also dedicated hundreds of hours of time as volunteers to the organization.

Mr. Krupp and Ms. Grove, and their daughter Jennifer Owens, are co-owners of Prime Urban Properties of Madison. Mr. Krupp also founded Krupp General Contractors and has been a co-founder and co-owner of Madison’s Food Fight Restaurant Group. Ms. Rowland is the founder and retired CEO of American Girl based in Middleton, Wisconsin.

One City’s CEO Caire said, “We wanted to name our facilities after people who have not only helped us, but have been champions and supporters of other major projects in Madison as well. One City is designed to be a catalyst for change in early childhood and K12 education. There are few major projects in Madison over the last 30 years that haven’t had the involvement of Ms. Rowland, or Mr. Krupp and Ms. Grove. They mean the world to us. Together, their support has enabled us to open a world of new possibilities for Wisconsin’s children, and influence change and transformation in PK12 education.

Caire also added, “We decided to use ‘Unity’ in our preschool campus in recognition of the history behind why the former South Madison Day Care facility was built in 1969. It was built to honor Dr. Martin Luther King, Jr.’s legacy and to provide child care to children from different racial and ethnic backgrounds who were moving to South Madison back then. We also chose ‘Leadership’ for our K12 campus because our elementary and secondary schools have been designed to seed new models of public education in Wisconsin and the United States, and lead the way in eliminating achievement and opportunity gaps among Black and Brown children that have persisted for far too long.”

Reflecting on their years of involvement with One City Schools, Ms. Grove said, “Joe and I are honored to have our name on the One City Preschool. This building was where we first met founder Kaleem Caire as he shared with us his vision of success for children and families and told us what was needed to open One City Preschool. We love being a part of the village it takes to raise healthy and successful children.”

One City is hosting a kick-off of its “We Are One” Capital Campaign on Friday, October 1, 2021 on the grounds of its new Leadership Campus from 6:00 pm to 7:30 pm CT. For more information, visit www.onecityschools.org.

About One City Schools

One City Schools, Incorporated is a nonprofit organization that operates two schools: a tuition-based independent preschool that serves 2 and 3-year-olds and a tuition-free public charter school, authorized by the University of Wisconsin System, that will eventually enroll children from 4-year-old kindergarten through 12th grade. Its mission is to seed a new model of public education that ensures young children are on track to succeed in a college or career preparatory program from birth through high school graduation. This fall, 274 children are enrolled in One City’s elementary and preschool. At maturity, One City will enroll 970 students: 82 children ages 2 through 4K at its Unity Campus in South Madison, and 888 students in grades K – 12 at its Leadership Campus in Monona. The organization will graduate its first class of high school seniors in July 2025.