MEXICO CITY, Nov. 10, 2021 /PRNewswire/ — La Haus, the proptech market leader in Mexico and Colombia, today announced that it will accept Bitcoin for homes on-chain and on the Lightning Network, using secure Bitcoin processor OpenNode. La Haus is once again pioneering the use of technology to transform Latam housing markets, plugging into the open monetary network and accepting Bitcoin via a fully integrated digital process. 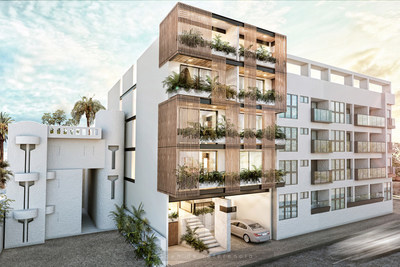 La Haus today also announced that Jehudi Castro-Sierra, the former Digital Transformation advisor to the Colombian presidency, has joined the company as Vice President of the Future. Castro-Sierra, a renowned expert on Bitcoin, also served as Vice Minister of Digital Economy in Colombia. He previously held positions at Oracle and Red Hat.

Bitcoin, as an asset, has grown more than 300 percent year-over-year in value against the U.S. dollar. Bitcoin —  both as a network and an asset —  has been embraced in Latin America due to its inherent security and access advantages. Many people in Latin America are unbanked, and many banks provide inadequate asset security. Traditional banks also do not offer protection against periods of high inflation.

"We are firmly focused on making homeownership accessible and possible for millions of people across Latin America," said Rodrigo Sánchez-Ríos, president of La Haus. "As we expand across Latin America, Bitcoin can solve some of the problems that come with buying a home with local currencies. The Bitcoin and real estate worlds have excellent synergy."

"Real estate purchases are another perfect use case for Bitcoin, a global payment network designed to optimize the transfer of value," said Kevin Adekayode, OpenNode’s head of operations. "We are delighted to be working with La Haus, a forward thinking company not content to settle for the status quo. Together we are excited to leverage the power of Bitcoin, a proven rail for secure, instant, compliant, and traceable transactions."

La Haus will launch its Bitcoin initiative for investing in condominiums in Kahaal, a new luxury housing development located in Playa del Carmen on the Mayan Riviera. La Haus will quickly expand the acceptance of Bitcoin to more of their inventory, which totals more than 80,000 properties.

Bitcoin enables faster, lower cost, and more traceable transactions than existing mechanisms. With Bitcoin, the fees, delays and opacity caused by the numerous intermediaries involved in traditional transactions can be avoided, and in Latin America, where title insurance is not required, Bitcoin provides an important record-keeping solution.

La Haus is transforming the real estate industry in Latin America through technology, data and world-class service, bringing consumers an end-to-end marketplace that eliminates many of the roadblocks that home buyers and sellers face in Latin America. La Haus makes homeownership more accessible in Latin America, where lack of access to transparent information impedes the ability to buy homes. The company launched in 2017 and today operates the portals lahaus.com in Colombia and lahaus.mx in Mexico. La Haus has created the first digital products that ensure high-quality and de-duplicated listings while empowering clients to purchase real estate via a fully digital experience..