DAYTONA, Fla., Nov. 9, 2021 /PRNewswire/ — May 27-28, Memorial Day Weekend 2022, the 9/11 generation of military veterans is inviting all Vietnam veterans, families, friends and patriotic Americans to attend the Heroes Honor Festival at the iconic Daytona International Speedway for the largest gathering of Vietnam veterans ever assembled. 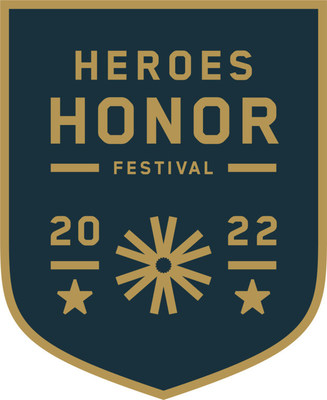 The Heroes Honor Festival will celebrate and honor Vietnam veterans. Decades ago, these great American patriots returned to hostility and a deeply divided American public. Many joined together to ensure the next generation of veterans did not re-live their experience when returning home from Iraq and Afghanistan.

“When my friends and I returned from serving in the Middle East, Vietnam veterans squashed any attempt from the public to vilify us,” said Ben Peterson, U.S. Army veteran and event organizer. “Now, it’s our duty to honor them with an historic commemoration that’s been brewing in America’s soul for decades.”

Celebrations will include military flyovers, parades, ceremonies, live music and more. The Heroes Honor Festival aims to change history for generations to come by finally honoring these American heroes. Tickets are on sale now: heroeshonorfestival.com/tickets/

This long-overdue gathering will take place at Daytona International Speedway, the World Center of Racing. For ticket information, visit daytonainternationalspeedway.com or call 1-800-PITSHOP. Stay connected on Twitter, Facebook and Instagram for the latest speedway news.

Daytona International Speedway is a state-of-the-art motorsports facility and was awarded the SportsBusiness Journal’s prestigious Sports Business Award for Sports Facility of the Year in 2016. Daytona International Speedway is the home of The Great American Race – the DAYTONA 500. Though the season-opening NASCAR Cup Series event garners most of the attention – as well as the largest audience in motorsports – the approximately 500-acre motorsports complex, also known as the World Center of Racing, boasts the most diverse schedule of racing on the globe. In addition to at least nine major event weekends, the Speedway grounds are also used for events that include concerts, civic and social gatherings, car shows, photo shoots, production vehicle testing and police motorcycle training. The iconic venue will be the site of a host of motorsports events early in 2022, beginning with AHRMA Classic Motofest and the Rolex 24 At DAYTONA in January, and the 64th DAYTONA 500, which will debut the first points race for NASCAR’s ‘Next Gen’ car as part of Speedweeks Presented by AdventHealth, in February. The tradition-rich 81st Annual Bike Week returns in March, featuring DAYTONA Supercross and the DAYTONA 200, and in May with the Heroes Honor Festival. Later in the summer during Independence Day weekend, the track, in association with Torneos, will host Soccer Fest before the NASCAR Cup Series returns for the final race of the regular season with the Coke Zero Sugar 400 on Aug. 27.