LAKELAND, Fla., Nov. 4, 2021 /PRNewswire/ — Florida Southern College nursing alum Alli Crenshaw has been named the Sunshine State Conference Women’s Swimmer of the Decade for her record-breaking four-year run with the Mocs swimming team from 2012 to 2016. 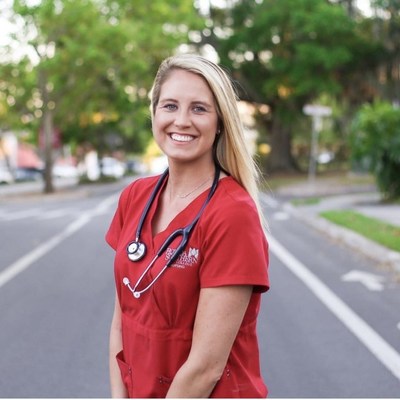 “To win Swimmer of the Decade is unbelievable,” said Crenshaw. “I never imagined winning three national titles while at FSC…this is such an absolute honor and surprise. FSC allowed me to continue participating in the sport that I love while also coming in and being able to pursue a career that I’ve always dreamed of. Both the FSC Athletic Department and the School of Nursing were so incredible during my time there. I’m just so grateful that I was able to do both.”

While at FSC, Crenshaw won two NCAA National Championships in the 1000 and 1650 freestyle events in 2013, and she retained her 1000 freestyle National Championship title the following year. Crenshaw won seven SSC individual titles during her four years, breaking three SSC records. She remains the current holder of three school records in the 500, 1000, and 1650 freestyle events. Crenshaw was a four-time All-SSC First Team selection, and she won SSC Swimmer of the Year in 2013 and 2014, being named the SSC Freshman of the Year in 2013. She was a back-to-back recipient of the Hal Smeltzly Award for the Female Student-Athlete of the Year in 2012-13 and 2013-14 seasons. In addition to her time in the pool, Crenshaw was named a 2013 CSCAA Scholar All-American and won a Division II Academic Achievement Award in 2014.

“Alli is beyond deserving of the Swimmer of the Decade award,” said Drew Howard, director of athletics at FSC. “She exemplifies the scholar-athlete drive that we strive to cultivate here at FSC. She excelled here at FSC as a swimmer and a student, and she is excelling now in her career as a pediatric nurse. She is an accomplished athlete and one of our heroes serving in healthcare.”

Crenshaw graduated from FSC in 2017 with her nursing degree. She currently works as a pediatric nurse on the hematology and oncology floor at Children’s Healthcare of Atlanta. According to Crenshaw, nursing has always been her dream, and FSC equipped her to thrive as a nursing professional.

Florida Southern College has long provided a rich and dynamic environment to equip nursing students with clinical-based leadership, teaching, and research skills for excellent practice and service in the healthcare industry. Florida Southern College’s Ann Blanton Edwards School of Nursing and Health Sciences is rising to meet a critical need for skilled, compassionate nursing professionals through our ACCN accredited Bachelor of Science in Nursing (BSN), Master of Science in Nursing (MSN), and Doctor of Nursing Practice (DNP) programs. This Fall 2021 semester, FSC welcomed the College’s largest class of nursing students ever with 164 incoming students. More than 2,000 alumni of our nursing programs provide quality nursing care around the country, and FSC’s growing nursing programs are positioned to have a lasting and substantive impact on the future of healthcare in our nation.

“Transitioning from the college world into the professional world was a lot easier for me because I was so used to being in a team environment and managing my time,” said Crenshaw. “Both the nursing department and the athletic department helped me reach my goals. FSC has an unbelievable staff of caring individuals. I will always be so humbled by my accomplishments, but more importantly by the people who helped me along the way.”

About Florida Southern College
Founded in 1883, Florida Southern College is the oldest private college in the state. The College maintains its commitment to academic excellence through 70+ undergraduate programs and distinctive graduate programs in business administration, education, nursing, and physical therapy. Florida Southern has a 14:1 student-to-faculty ratio, is an award-winning national leader in engaged learning, and boasts 30 NCAA Division II National Championships. Florida Southern is ranked at #8 among the “Best Regional Universities in the South” by U.S. News & World Report in its 2022 “Best Colleges” guide and is included in The Princeton Review’s 2022 Best 387 Colleges guide and the “Fiske Guide to Colleges 2022.” The 2021-2022 Colleges of Distinction guidebook praises Florida Southern’s AACSB accredited Barney Barnett School of Business and Free Enterprise alongside the College’s School of Education and its Ann Blanton Edwards School of Nursing and Health Sciences. Poets&Quants, U.S. News & World Report, Fortune, and The Princeton Review further laud the Barney Barnett School of Business and Free Enterprise and the Ann Blanton Edwards School of Nursing and Health Sciences as foremost programs in the nation for business and nursing education. Home to the world’s largest single-site collection of Frank Lloyd Wright architecture, FSC has appeared on The Princeton Review’s top 20 “Most Beautiful Campus” national listing for 12 consecutive years. Connect with Florida Southern College. 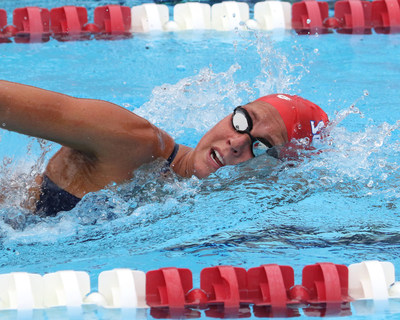