Family Channel’s primetime lineup is all about power-packed premieres and returning hits!

TORONTO, ON, Sept. 3, 2020 /CNW/ – This fall, WildBrain Television’s Family Channel is giving families a chance to make the most of their time together with a fantastic primetime lineup of awesome shows and movies. This includes the Canadian premiere of Get Out of My Room, a new, creative reality series featuring siblings who share a bedroom and now get to design and renovate each other’s new spaces; God Friended Me, starring Brandon Michael Hall as an outspoken atheist whose life is turned upside down after he receives a social media friend request from "God"; and Ultimate Tag, hosted by NFL stars JJ, Derek and TJ Watt, pitting amateur athletes against pro Taggers in a high-speed, high-intensity game of arena tag. 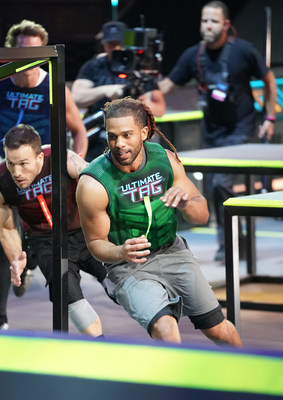 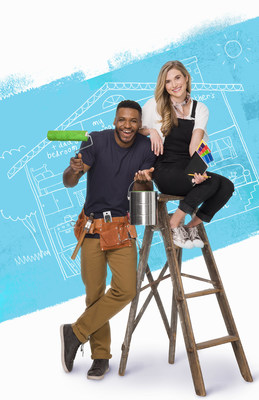 Families won’t want to miss exclusive favourites like American Ninja Warrior Junior, Miraculous: Tales of Ladybug & Cat Noir and Trolls: The Beat Goes On, as well as new seasons of The Good Place and Heirs of the Night. Plus, with family movie nights Monday through Thursday at 9 p.m. and weekends from 7 p.m., Family Channel is Canada’s number one entertainment destination for snuggling up for an evening with films like A Series of Unfortunate Events, Daphne and Velma, Zoo and Monsters vs. Aliens.

Katie Wilson, VP Channels and Curation, said: "At Family Channel, we know how valuable it is to spend time together with the people you love, and that’s why our new fall schedule is filled with shows and movies that will inspire families to come together. We’re excited to invite Canadians to make their screen time family time with new series like Ultimate Tag, Get Out of My Room and God Friended Me, as well as returning fan-favourites and movie nights all week long."

Get Out of My Room – New to Family Channel – Monday to Friday at 6:30 p.m. beginning September 14
With the help of host Claire Zinnecker and carpenter JBJ, siblings who share a bedroom get to renovate and design separate spaces for each other.

God Friended Me – New to Family Channel – Tuesday to Thursday at 8 p.m. beginning September 8
Brandon Michael Hall (Search Party, The Mayor) stars as Miles Finer, an outspoken atheist whose life is turned upside down when he receives a friend request on social media from "God" and unwittingly becomes an agent of change in the lives and destinies of others around him.

Ultimate Tag – New to Family Channel – Mondays at 7 p.m. beginning September 7
Hosts & NFL stars JJ Watt, Derek Watt, and TJ Watt step off the gridiron and into the Tag Arena as six amateur athletes battle each other to win a cash prize. But one thing stands in their way: 18 of the fastest, most powerful and intimidating pro Taggers in the world, whose sole job is to take their tag and take them down. And there’s only one rule: Don’t. Get. Caught.

The Good Place – New Season – Mondays at 9 and 9:30 p.m. beginning September 7
Eleanor Shellstrop (Kristen Bell), a recently deceased young woman wakes up in the afterlife and is welcomed by Michael to "the Good Place," a heaven-like utopia he designed, in reward for her righteous life. When Eleanor realizes that she was sent there by mistake, she must hide her morally imperfect behavior.

Heirs of the Night – New Season – Mondays at 8 p.m. beginning September 7
The Heirs of the five remaining vampire clans in Europe have learned each other’s powers and are on a quest to secure their future by saving the world from eternal darkness and defeating Dracula.

Miraculous: Tales of Ladybug & Cat Noir – Monday to Friday at 7:50 a.m.; plus Tuesday to Friday at 5:30 p.m. .; and Weekends at 4 p.m.
In modern-day Paris, teenagers Marinette Dupain-Cheng and Adrien Agreste transform into superheroes when evil arises. Marinette transforms into her superhero persona, Ladybug, while Adrien transforms into his superhero persona, Cat Noir, using magical jeweled objects known as the Miraculous.

Trolls: The Beat Goes On – Weekdays at 9:05 a.m. & 4:30 p.m.; plus Weekends at 8:35 a.m.
An all-new chapter in the hair-raising adventures of Trolls, as Poppy, Branch and all of Troll Village keep the dance party raving in their fantastical forest home. Bursting with their signature positivity, irreverence and a whole lotta original music, Trolls: The Beat Goes On opens up the colorful world of Trolls for new adventures and a dance party around every corner.

Family Movie Night – Weekdays at 9 p.m. & Weekends at 7 and 9 p.m.
Family’s dedicated movie nights will keep kids and parents entertained well into the weekend. From action and adventure to comedy and fun, there’s a fantastic flick for everyone. Families can curl up on the couch on those chilly fall evenings and watch popular films like A Series of Unfortunate Events, Daphne and Velma, Zoo and Monsters vs. Aliens.

All programming is subject to change.

Family Channel offers the best in family television entertainment in a premium, high-definition, multiplatform environment. Dedicated to celebrating family life and providing opportunities for the whole family to gather and watch together, Family airs a unique mix of top-rated Canadian and acquired series, movies and specials. Family Channel subscribers have access to Family OnDemand at no additional cost, to see hit movies and series when they want them, where they want them. Visit us at Family.ca.