SAN JOSE, Calif. and LOS ANGELES, Nov. 1, 2021 /PRNewswire/ — DGene, the content creation company building tools to expand creativity and redefine virtual production and immersive entertainment, announces its Series A funding round led by technology and e-commerce giant Alibaba Group. This substantial investment follows a seed round at the time of the company’s founding. 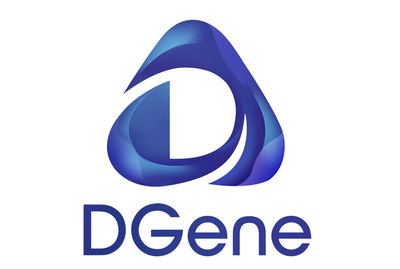 The raise is a testament to DGene’s ability to execute on a variety of fronts pertinent to bringing the most advanced AI technology, content creation and restoration tools into the hands of today’s creators. The round has fueled the company’s recent endeavors with Hollywood, allowed it to open a world-class volumetric capture stage in Louisiana, and supply restoration tools to revive film libraries with the highest quality results available with a process that’s faster and more affordable than traditional methods. Its current relationships with some of the most revered libraries in Hollywood will soon revive older films and TV shows so they may be watched across streaming platforms.

“We like to define our AI technology as ‘assisted’ intelligence because it builds upon and enhances creations that only humans can make, saving time and money while delivering a level of quality unmatched by other tools,” said Helena Packer, Senior Vice President and General Manager, DGene U.S. “Whether you’re restoring a film to stream in high definition or replicating an entire city to build upon in the metaverse, collaborating with DGene opens a world of possibilities.”

In its upcoming collaboration with acclaimed film producer Jeff Apple, DGene aims to be the first to cross the “uncanny valley.” By using AI-driven characters combined with real-life actors’ performances, the episodic series with working title “Secret Agent,” will feature digital characters who appear completely human and lifelike on screen. This is familiar territory, as he previously produced the critically acclaimed action thriller “In the Line of Fire” starring Clint Eastwood, which grossed $176 million at the box office.

As the company looks to the future, it’s also well positioned to be a major player in the development of metaverse environments. According to insights consultancy Voxburner’s 2021 U.S. Youth Trends Report, 65% of Gen Z have spent money on virtual items within a game, raising no question that building the metaverse will have massive economic potential for a variety of stakeholders. DGene offers the capability to capture entire cities, input them into virtual worlds and also helps builders develop the characters and creatures that inhabit those worlds.

With this funding, the company will continue to invest in its products and collaborate with leaders in entertainment. To learn more about DGene, visit DGene.com.

DGene was founded by the world’s brightest minds in artificial intelligence, computer vision and computer graphics and operates its U.S. headquarters from San Jose, California, with a team located in Los Angeles to focus on its entertainment interests. Founded in Shanghai, China, DGene has grown its team in the U.S., and now also manages its world-class volumetric capture stage in Baton Rouge, Louisiana.

About Alibaba Group
Alibaba Group’s mission is to make it easy to do business anywhere. The Company aims to build the future infrastructure of commerce. It envisions that its customers will meet, work and live at Alibaba and that it will be a good company that lasts for 102 years.