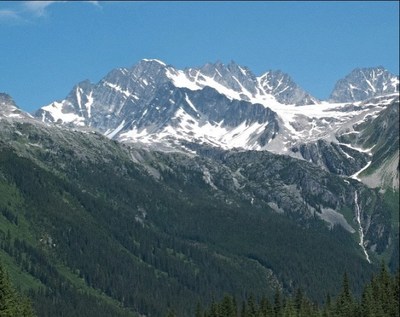 VANCOUVER, BC, Nov. 9, 2021 /PRNewswire/ – A client on a guided mountaineering trip is suing the guide he hired and the mountain guide association for negligence and breach of contract.

On July 15, 2021, the client, Ian Manson, 63, of Whistler, B.C. was being belayed up the face of Mount Rogers in Glacier National Park, B.C. when the guide tested the stability of a fridge-size rock causing the rock to move and then fall directly towards his client.  The client was able to avoid direct impact by the rock, but, when the rock grazed the client, the guide let go of the rope causing the client to lose his balance falling backward.  As the client fell, the rope paid out to its full length and then went tight pulling the guide off his belay stance, catapulting him into the air and down the face of the mountain.

Parks Canada rescued the climbers from the scene of the incident by long-line helicopter rescue and transported them by helicopter and air ambulance to hospitals in Kelowna, B.C. and Revelstoke, B.C.

A notice of civil claim filed in B.C. Supreme Court on Tuesday says that the client suffered injuries in the incident.

The notice of civil claim further alleges negligence by the Association of Canadian Mountain Guides owing from a duty of care in relation to, amongst other things, the training of the guide.

None of the allegations have been proven in court and the defendants have not yet filed a response to civil claim in the action.

The client is seeking an unspecified amount in general damages, special damages and costs.