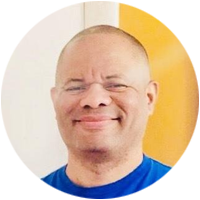 The ongoing musical war that is happening in the Dominican Republic music business between two of the greatest exponents of urban music reminds us of those musical wars among the Puerto Rican reggaeton artists of years ago such as those between  Don Omar and Daddy Yankee, Tego Calderón vs Lito and Polaco, Hector and Tito vs Baby Rasta and Gringo, etc.

The so-called “tiraeras” among artists have been around for many years, and not just in Latin music.

The most famous was the musical war in the hip hop genre, East Coast vs West Coast, between rappers The Notorious B.I.G “Biggie Smalls” and Tupac Shakur. The war between these two artists, one from the East coast of the country and the other from the West coast went on for many years. Sadly, in the end, both were killed, but left a very important legacy within that genre.

Mozart La Parra and El Lápiz have spared no resources or efforts in releasing special effects videos that some films have not used in Dominican cinema. In particular, I was very struck by a Mozart music video where he used a double of the Lapiz Consiente that was very similar to him. Clearly, the winners in all this have been the fans and followers and, in many cases, people whose musical tastes differ from these, but it has caught their attention from these musical battles. Let’s just hope that this new war is only in the musical stages and does not reach physical violence as happened in the Biggie and Tupac War.

CGTN: Classics quoted by Xi Jinping: How to strive for excellence in life?

Delek US Holdings Comments on Incident at El Dorado Refinery