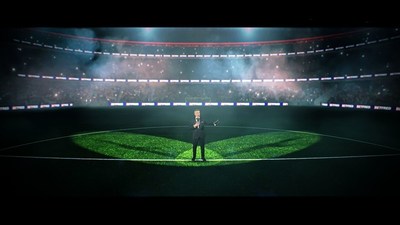 Betfred’s new ‘Let’s Get Ready to Rumble’ campaign will run across TV and be supported with activity across press, digital and social channels.

The advert celebrates the return of fans to stadiums and showcases Betfred’s extensive sponsorship portfolio which includes partnerships with boxing, rugby league, snooker, darts, and golf.

Betfred boss Fred Done,”It’s superb to have a legend on board in Michael Buffer and I’m delighted we feature our sponsorships. I’m proud my company supports so many sports.”

Michael Buffer added, “What I love about Betfred is that Fred is a sports fan and so passionate. He loves the action just like me. I love sports, the thrill of victory and the agony of defeat is what keeps you going and Betfred are in involved in so many sports. That’s why it’s a great relationship.”

The iconic 2 Unlimited 90s dance track ‘Get Ready for This’ provides the soundtrack, and the commercial has been produced by Zut Media based in Liverpool.

Zut’s Creative Director Matt Thompson added: “Michael is the world’s biggest and best-known sporting announcer, who better to choose to star in a campaign that celebrates sport and those special spine-tingling moments it creates.”

“We know how passionate the Betfred team are about sport and the events they support and sponsor. Our creative celebrates their passion and the return of sport at its best.”

The campaign will launch this weekend on Sky and BT Sports and a sixty second version of the new TV advert can be viewed here https://youtu.be/YGjkqzaRN3I

Michael Buffer will feature across all Betfred’s digital platforms and in their 1470 shops.

Betfred have also produced a safer gambling advert featuring Michael Buffer and twenty percent of all airtime on TV will be dedicated to safer gambling messages.