PHILADELPHIA, Oct. 11, 2021 /PRNewswire/ — The Meteor and Audacy’s Pineapple Street Studios today announced the premiere of an exclusive first conversation between Professor Anita Hill and Dr. Christine Blasey Ford on the third episode of “Because of Anita” Podcast.  Also, in a special crossover, this episode will air as the October installment of Pineapple’s The 11th. 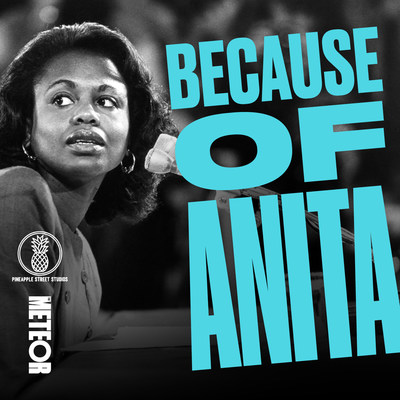 Hosted by The New York Times’ Dr. Salamishah Tillet and Cindi Leive, co-founder of The Meteor, the four-part series, which premiered October 4th, examines the impact of Professor Anita Hill’s testimony, from 1991 to 2021—looking at how far we’ve come, or haven’t, in making the world and the workplace safer for all.  It digs into the aftermath of the hearings and their enduring impact 30 years later on everything from our political systems to our journalism to our ideas about violence, safety, race, and gender. Audible is the presenting sponsor of the podcast series.

The series honors the legacy of Professor Hill’s groundbreaking testimony and brings a fresh perspective to the Justice Clarence Thomas’ confirmation hearings, held across one spellbinding weekend in October 1991. The new series features interviews with witnesses, journalists, legal experts, and real women whose lives were changed by this transformative moment in American history. Episode one “The Testimony” opens with new insights from journalist Jane Mayer of The New Yorker, who helped expose the investigation’s flaws; lawyer Kimberlé Crenshaw, who served on Professor Hill’s legal team; and Emmy Award-winning actress, activist and producer Kerry Washington, who immersed herself in the hearings in preparation for a film role portraying Professor Hill.

“Because of Anita” is available on Apple, Audacy, Spotify and everywhere podcasts are available.

The release of “Because of Anita” is one piece of The Meteor’s larger slate of multimedia content in development this fall. Other highlights include “UNDISTRACTED,” a weekly podcast hosted by activist and MSNBC commentator Brittany Packnett Cunningham, returning for season two in fall 2021 and also co-produced with Audacy’s Pineapple Street Studios.

About Audacy
Audacy, Inc. (NYSE: AUD) is a scaled, multi-platform audio content and entertainment company with the country’s best radio broadcasting group, a leader in virtually every segment of audio, and America’s #1 creator of original, premium audio.  Audacy engages over 170 million consumers each month, bringing people together around the news, sports, podcasts and music that matter to them. Learn more at www.audacyinc.com, Facebook (Audacy Corp) and Twitter (@AudacyCorp).

About Pineapple Street Studios
Founded in Brooklyn in 2016 by Jenna Weiss-Berman and Max Linsky, Pineapple Street Studios, an Audacy company, paved the way for in-depth, diverse storytelling by way of high-quality original and partner podcasts. Pineapple Street Studios creates inventive, award-winning original podcasts: multi-episode narratives, investigative journalism, branded series, and talk shows that routinely debut in the top ten on the Apple Podcasts charts, reach tens of millions of listeners, and have been cited repeatedly on “best-of” lists. Pineapple Street Studios is behind some of the most critically acclaimed shows, including 9/12, 70 Over 70, The 11th, Patrick Radden Keefe’s Wind of Change, Welcome to Your Fantasy, Missing Richard Simmons, Back Issue, The New York Times‘ Still Processing, activist Brittany Packnett Cunningham’s UNDISTRACTED, and The Catch and Kill Podcast with Ronan Farrow.

About The Meteor
The Meteor is a media company committed to using the power of journalism and storytelling to illuminate the modern movement for gender equity and racial justice. Fueled by an innovative collective of writers, filmmakers, artists, and activists, we work across all platforms—digital, audio, film, social, and live experiences—to engage audiences, connect communities and transform culture. Our work so far includes podcasts like Brittany Packnett Cunningham’s UNDISTRACTED, audio series including In Love and Struggle, virtual events like 21 for 21: Visions of a Feminist Future, ambitious video projects including a 90-minute YouTube program about domestic violence, and workshopson reproductive rights and other topics through our nonprofit affiliate The Meteor Fund. 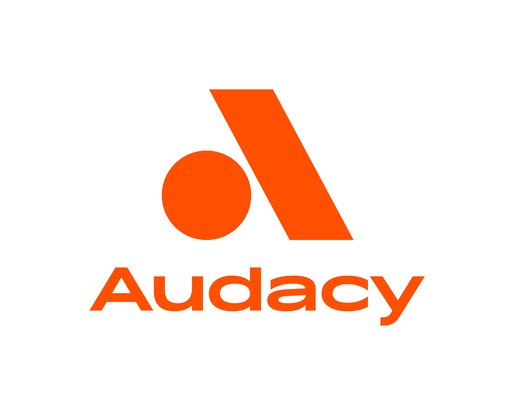