HOUSTON, Nov. 9, 2021 /PRNewswire/ — Arnold & Itkin is representing more than 50 victims of the tragic crowd surge at Travis Scott’s Astroworld Festival. The firm has already filed multiple lawsuits on behalf of the victims and has launched its own investigation into the reasons why the overcrowding and eventual crowd surge that killed eight people and injured hundreds was allowed to happen. Arnold & Itkin attorneys are currently on location at the Astroworld venue alongside with its experts to inspect the scene as part of the investigation into the cause of this preventable tragedy. 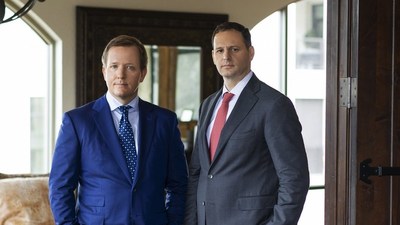 Arnold & Itkin is seeking the real answers as to why this tragedy occurred.

“This tragedy was preventable,” noted Attorneys Kurt Arnold and Jason Itkin. “We filed these lawsuits to make sure that the truth of what went so horrifically wrong at the Astroworld Festival is discovered. This will make sure that those responsible are held fully accountable and that something like this never happens to another family.”

Arnold & Itkin is seeking the real answers as to why this tragedy occurred. For each client, Arnold & Itkin is demanding a jury trial on all issues. The firm alleges the defendants knew of the risks associated with the event and proceeded anyway.

This tragedy is not the first incident of its kind. Live Nation, Travis Scott, and others were on notice of the risks and failed to protect the audience.

Any inquiries should be made directly to the firm, out of respect for the victims’ privacy.

To learn more about the firm and its efforts, visit them online at www.arnolditkin.com.

Founded and headquartered in Houston, Texas, Arnold & Itkin is known nationwide for taking on the biggest cases and companies. When large corporations put more emphasis on profitability than ensuring people’s safety, the firm’s attorneys step up and fight for their clients’ futures.

Arnold & Itkin’s track-record of success is unmatched. The firm represented one-third of the crew of the Deepwater Horizon, overcoming multi-billion-dollar corporations’ attempts to avoid responsibility and securing justice against all odds. Just last year, the firm’s trial lawyers earned over $1 billion in compensation for its clients. In all, Arnold & Itkin has won over $10 billion.

After the worst tragedies, people turn to Arnold & Itkin. No matter what.