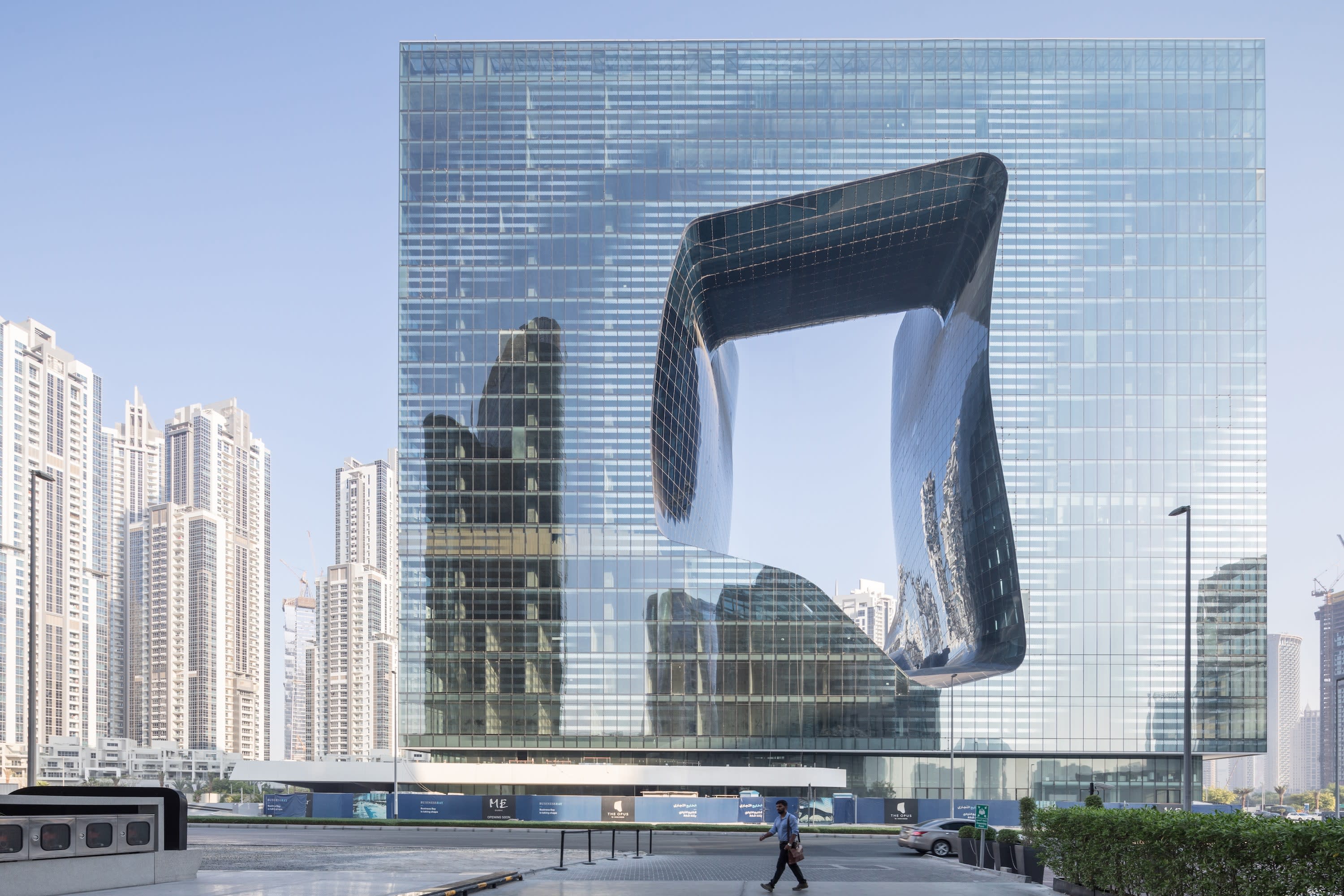 Over the past two decades, Dubai has become a virtual playground for architects who want to put their wildest dreams to the test. And perhaps no architect has explored the potential curve of an angle more than the late Zaha Hadid. The firm that still bears her name, Zaha Hadid Architects, (ZHA), will soon complete a building that will surely stand out in a city chock-full of head-turning architecture. The Opus, as the building is being called, will house a hotel, 12 restaurants, a rooftop bar, and 56,000 square feet of office space. But you can excuse those of us who will quickly forget what’s inside of the building when we simply look at what’s outside. The structure miraculously has a gaping hole in the middle of it, continuing the firm’s lengthy tradition of designing objects that seem to perform a dance with the same trio: gravity, space, and voids. While the design seems like something we’d likely see on another planet, ZHA’s method in creating such a striking structure is rather logical. “We designed the Opus as two separate towers that are connected at their base and top where many of the guest amenities and services are located,” says Christos Passas, ZHA’s director on the project. “These connections coalesce the two towers into a singular cube with the void at its center.” To do this, the firm detailed the “void’s surface with a combination of glass with varying thickness, bent in different ways and fitted by using several different techniques,” Passas explains. One of those techniques was heating pieces of glass in temperatures as high as 1,300 degrees Fahrenheit before molding and quickly cooling them to increase their breaking strength.