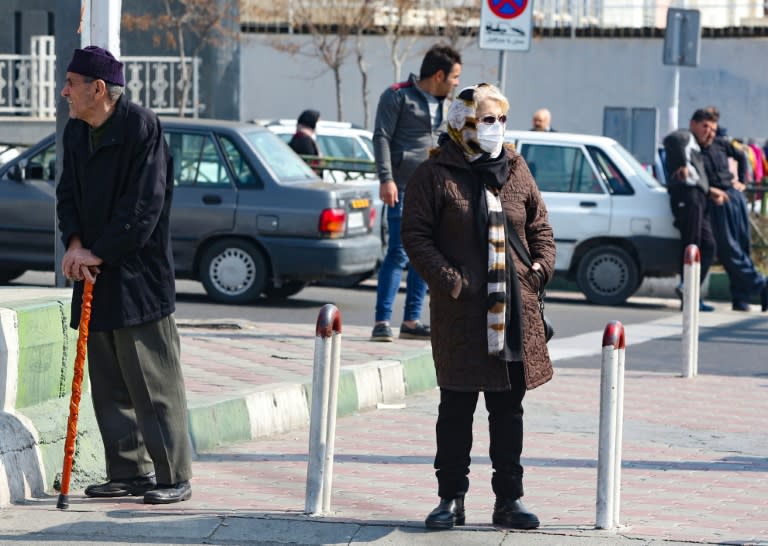 Turkey said it would “temporarily” shut its border with Iran, while Pakistan also said it was closing its frontier with the Islamic republic and Afghanistan banned all ground and air travel between the two nations.

The moves come amid growing regional concerns about the spread of the virus.

Lebanon on Friday confirmed its first case — a 45-year-old Lebanese woman who had travelled from Qom in Iran — and Israel on Sunday quarantined at home nearly 200 school pupils who came into contact with South Korean tourists who contracted the virus.

Iran on Sunday reported three more novel coronavirus deaths among 15 new cases in the past 24 hours, taking its total number of fatalities to eight and infections to 43.

Four new COVID-19 cases surfaced in Tehran, seven in the holy city of Qom, two in Gilan and one each in Markazi and Tonekabon, health ministry spokesman Kianoush Jahanpour said.

Authorities have ordered the closure of schools, universities and other educational centres in 14 provinces across the country from Sunday as a “preventive measure”.

Art events, concerts and film shows have been banned for a week.

“We are on the frontlines, we need help,” the head of Qom’s medical sciences university, Mohammadreza Ghadir, said on state television.

“To prevent the spread of the novel #coronavirus and protect the public, Afghanistan suspends all passenger movement (air and ground) to and from Iran,” the office of the National Security Council of Afghanistan said in a statement posted on Twitter.

A provincial official in Pakistan and the nation’s Frontier Corps also confirmed the country had sealed the land border with Iran.

Both Afghanistan and Pakistan share long, porous borders with Iran that are often used by smugglers and human traffickers, while millions of Afghan refugees live in the Islamic republic — raising fears that the virus could easily spread over the border.

China — the epicentre of the outbreak — reported another 97 deaths in its daily update Sunday, taking its total to 2,442, plus 648 new infections. Nearly 80,000 people have been infected worldwide, the vast majority in China.

But official figures indicate the death rate is proportionately much higher in Iran than China, standing at nearly one in five of the confirmed infections.

“In every city, one hospital will be dedicated to treating coronavirus cases,” he said, adding that this number would be greater in bigger cities like the capital.

But academics expressed concern over the ability of Iran — currently grappling with a major economic crisis and hit by swingeing US sanctions — to contain the outbreak.

“It is unlikely that Iran will have the resources and facilities to adequately identify cases and adequately manage them if case numbers are large,” said Paul Hunter, a medical professor at the University of East Anglia in Britain.

He also noted that the “situation in Iran has major implications for the Middle East,” in a context where the region is grappling with multiple conflicts.

Jordan said on Sunday it would bar entry to citizens of China, Iran and South Korea and other foreigners travelling from those countries.

Jordan’s minister of state for media affairs, Amjad Adayleh, said the decision was part of “preemptive measures… following the rise in cases of coronavirus” in the three countries.

He said the ban would be “temporary” and imposed on all non-Jordanians.

The Kuwait Port Authority meanwhile announced a ban on the entry of all ships from the Islamic republic.